Roofing contractor keeping quiet about the advantages of Magply

Roofing contractor keeping quiet about the advantages of Magply

A Colchester based roofing contractor has been using Magply Recovery boards as part of a high specification build up, which provided its operatives with a relatively quiet as well as safe means of carrying out re-roofing works to school classrooms during lesson times.

RT Roofing Services specialises in the education sector and carries out up to 20 large scale upgrade projects for premises across London and the South-east each year, with its current contract focussing on Herts and Essex High School in Bishops Stortford. Roofing contractor keeping quiet about the advantages of Magply. 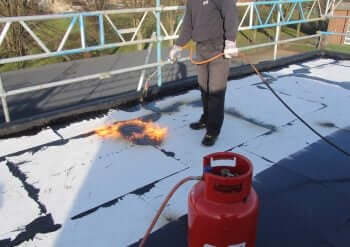 While much maintenance work around school and college campuses has to be scheduled for the long summer holidays, the pressure this puts on the re-roofing works means some operations have to carry on during term time, as long as noise and disruption are kept to an absolute minimum. As a result, instead of scabbling smooth the old covering of asphalt and chippings on the Bishops Stortford buildings, RT Roofing proposed to simply sweep away any loose material and then begin the over-roofing with a layer of 6mm thick Magply, bonded down in hot bitumen. This then offered a sound flat surface on which to install a Langley built-up felt system.

We mainly install Langley and Bauder flat roofing systems, being one of the latter’s biggest customers in the UK, having tackled 18 big contracts for schools in the past year. At the Bishops Stortford School we wanted to avoid the noise and dust of scabbling the existing asphalt surface and chippings, so instead the team just brushed off the loose material and thoroughly prepped the surface before bonding the Magply sheets down in hot bitumen.

Because Magply is non-combustible, any excess bitumen can simply be burned off before the vapour barrier is installed as part of a Langley approved system. We have used Magply a number of times in the past in similar situations – including for another school project and purchase our supplies through Under Cover, a specialist roofing merchant in Rayleigh and Colchester.

As its contract at the Herts and Essex High School has progressed, RT Roofing Services has laid some 600m2 plus of 6mm thick, 1200mm x 1200mm Magply boards.

As a high performance, multi-functional overlay board, Magply is manufactured from an MOS formulation. The board has been tested in the UK and carries the Euroclass A1 Non-Combustible Fire Rating. Magply boards are robust, easy to use on site and provide an environmentally friendly alternative to other conventional overlay products. Crucially, Magply carries internationally recognised accreditations confirming the boards’ ability to deliver fire resistance and insulation under test conditions. 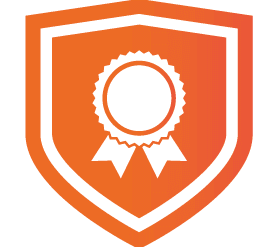