This project consists of 5 new build plots of houses ranging up to £1,000,000 to buy. We were contacted by the main contractor after they found us on the K-Rend approved list for the area. They asked us to tender for the works, which consisted of a timber framed houses which needed to be rendered.

We contacted Magply (manufacturers of the render board) and K-Rend (render manufacturers) to organise a specification. Which not only produced a warranty, but also would achieve the desired effect the client wanted.

We were successful in winning the contract for the works. At the last minute the client hit us with a bombshell that they didn’t want any beaded angles to the corners but wanted everything curved. This caused us to rethink our strategy. We therefore devised a system that could achieve this. We re-positioned the batten dimensions and cut a rip of board to achieve the curve.

The bands in the building were first rendered in base coat and mesh followed by the rest of the building.

After leaving the base coat to cure for 14 days, primer was applied to the building and a coat of TC15 silicone was spray applied to the desired effect of the client. We used 3 different colours that the client specifically picked, using NCS colour charts which were excellently matched by K-Rend.

We have to say that the workmanship in achieving this shape was second to none as you can see in these photos. Please click on any of the images to enlarge them: 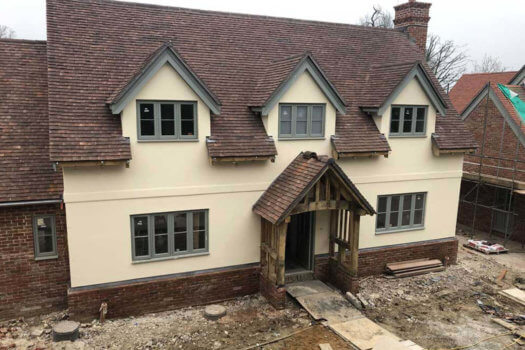 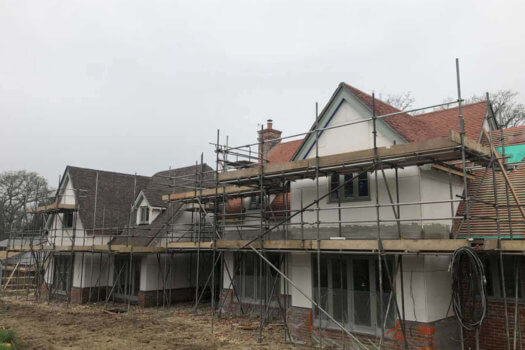